We are proud to announce that BizWorld UAE was awarded Best Social Enterprise at the Ta’atheer Social Impact Awards 2017!

This is such an amazing recognition, especially during our first year of operation. We want to reaffirm our commitment to making entrepreneurship a key part of the region’s education curriculum as well as shaping the next generation of future entrepreneurs and leaders.

Led by an expert panel of industry leaders and innovators in CSR and the social impact space the annual Ta’atheer Awards recognise outstanding achievements made by organisations, teams and social programs that have contributed to the development of the region’s CSR and Sustainability agenda.

The Ta’atheer Social Impact Awards is an independent endorsement of the quality of the region’s CSR and social impact focused organisations. 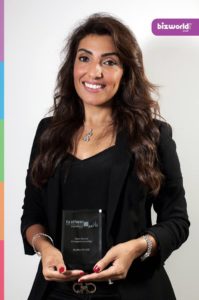